Racing For Love – Out Today! 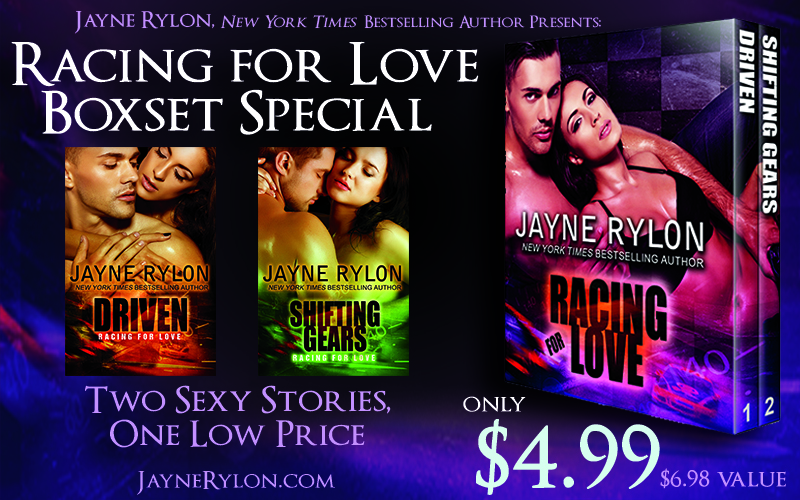 Exclusively at JayneRylon.com you can buy a bargain boxset containing both volumes in one!  Stop by the new shop and save yourself a couple bucks.

Or you can purchase the books separately!

Driven – Book #1 in the Racing For Love Series

Shifting Gears – Book #2 in the Racing For Love series