There’s so much to share today, I’ll get right to it.

1.  I just found out that Picture Perfect is going to PRINT!!!!!!!!!  My very first published ebook will be paired up with JK Coi’s Brazen Games from Ellora’s Cave in a volume called Watching It All that will debut at Romanticon and then be available for sale sometime before the holidays everywhere else.  I’m so thrilled.  This means that every book I’ve published prior to the beginning of this year will be in print by the end of 2012 with the exception of Phoenix Incantation.  Seriously, the year of print for me.  I had six print books heading into this year and will end the year with 12.  WOOHOO  (So far this year Red Light has come out.  Love’s Compass, Eastern Ambitions, Powertools, Mistress’s Master and Watching it All will round out the rest of the year).
2.  I can officially tell you about some of my 2013 projects.  Today I am thrilled to announce the start of a new series with some familiar characters.  If Powertools was about construction workers, their mechanic cousins are… HOT RODS!  The six book series will kick off with three being released in 2013.  King Cobra, Mustang Sally and Super Nova will feature cameos from the powertools crew as well as lots of hot cars and hotter group action.  Here’s a brief description of the first book, King Cobra
The Hot Rods series will be a spinoff of Powertools. Each book is named with a car the main hero/heroine drives in a way that describes the character. King Cobra features garage owner, Eli, who is the cousin of the Joe from The Crew. He appeared in books five and six of Powertools with his head mechanic Alanso, where their eyes were opened to the possibilities of massive ménage and a love greater than ordinary through a lesson from friends.
Eli and his biological father suffered a terrible blow when their respective mother and wife died suddenly and unexpectedly of a brain aneurism during Eli’s formative years. Honoring her life’s mission as a social worker, Eli’s father welcomed several kids from the wrong side of the tracks into their family, their home and their hearts. Not all of them stuck permanently, but those who did became Eli’s adopted brothers…and one sister.
Bonds forged in the fires created by their personal demons are unbreakable. Or so Eli wants to believe. Their gang has stuck together through thick and thin—living, partying and working together. Still, he fears fucking everything up by taking the risk of a lifetime. The team of auto restoration hot rodders are too valuable to gamble a quick romp behind the stacks of tires on, no matter how obsessed he’s become with the prospect of deepening their relationships.
But when Alanso, his head mechanic, caves to the overpowering lure of the desire they’d witnessed together when visiting the crew, all bets are off. Eli catches his closest friend exploring their mutual fantasy on his own at a known hookup spot in a public park by accident when he’s out for a drive. Things quickly spiral out of control, requiring Eli to leap before looking and trust his instincts to guide him through the night.
Can he keep the Hot Rods from wrecking long enough to claim the reward he’s been dreaming of? Will his father understand his decision or will he disown his only blood son? Will any of it matter if Eli doesn’t follow his heart?
3. The fourth Men in Blue book, Spread Your wings is also slated for next year and features Jambrea, Matt and Clint 🙂  HOOORAY.
4.   Now it’s even easier to get my app.  I’ve posted QR codes on my site on the links page today that you can scan and be taken straight to the download page for either iOS devices or Android devices.  Stay up to date on news and pictures as well as latest releases and buy links through my app 🙂

Okay, there’s more to come, but I’m already exploding with happiness (despite the hole in my roof from last night’s crazy storms!). 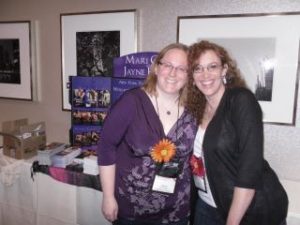 Hey Central Ohio fans, I hope that you will join me and Mari Carr at The Book Loft in Columbus, OH on Friday from 7-9.  The Book Loft is a really cool independent bookstore with 32 rooms of books in two old Victorian houses just South of downtown.  We would love to see you there.

Where – The Book Loft 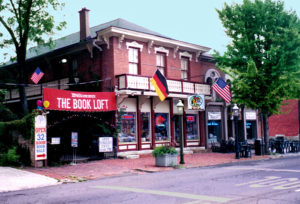 Visit them on the web: http://www.bookloft.com/ 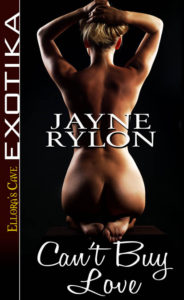 Today was a great day.  I started it out with Mari Carr, her BFF Tess, Biana D’Arc, her dad and Book Obsessed Chick Kim Rocha on Long Island.  The Book Obsessed Chick BBQ yesterday was fantastic!  Then I was off to Rye, NY for my future sister in law’s bridal shower where I got to see my whole family.  Then I drove back to Philly for another week here for my day job.  Just one more week and I get to go home for a week before making (hopefully) the last trip out here.

Well, anyhoo, if that wasn’t all fun enough, I got word this morning that Can’t Buy Love is a finalist in the 7th annual Passionate Plume contest held by the online erotic chapter of Romance Writers of America.  I’m thrilled!  The Red Light series is my favorite series that I’ve written to date so if you haven’t had a chance yet, I hope you’ll give Star and Rick a shot.  Their story is unconventional but one I’m proud of and all four books are out separately in ebook or available bundled in the single print anthology, Red Light available now from Ellora’s Cave.

Here’s some more info about the book:

What man would be crazy enough to date a whore?  Star is a sex worker in Amsterdam’s red light district.  After the intimate exchange between her and Rick, she’s hoped to take their adventure into affection farther.  Too bad he’s disappeared for weeks.

When he resurfaces, to deliver her portion of the paycheck they’d earned by starring in a live sex show together, the magnetism between them proves irresistible.  In the wake of undeniable passion, they’re left wondering if they can make a relationship work in unconventional circumstances.

They’re both convinced… you can buy sex, but you can’t buy love.  And nothing else will satisfy their hunger for each other. 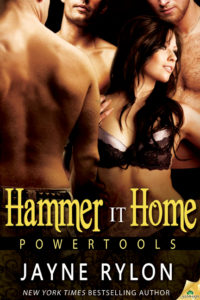