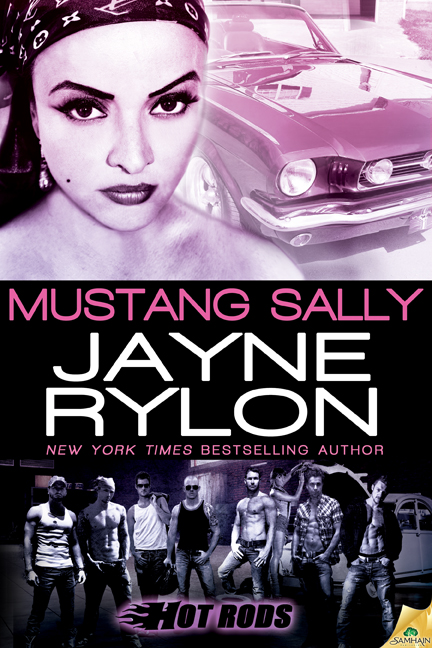 I’m up and ready to write (working on Super Nova, Hot Rods 3 at the moment) since I can’t sleep :).  It’s release day!!!!  I’m running a special deal to celebrate.  Just for a couple of days, Pick Your Pleasure is only 99 cents on Amazon and B&N, which means you can get both books for $4.43.  That’s a lot of reading for less than $5, or maybe a drink at Starbucks!  Pick Your Pleasure is a wacky book where you get to choose what happens.  There are eight possible stories in one book!

And in the meantime, here’s a snippet from Mustang Sally to hold you over.  I really hope you’ll give the Hot Rods a try if you haven’t already.  They’re a spinoff of the Powertools crew so you get to see old friends and make new ones 🙂  The very first reader feedback is in too!  I hope she doesn’t mind me sharing but Janet Black stayed up late last night to read and posted this on my Facebook page, making my day, so don’t take my word for it!  “OMG Hawt, I loved it , can’t wait to read it again tomorrow. Jayne your talent is awesome….be proud.”

Salome “Sally” Rider is flooring the gas pedal of her pink ’69 Mustang, desperate to outrun the memory of two of her fellow mechanics getting busy with some bar skank on the hood of a classic car. On her custom paint job.

For years her emotions have withered while her lost boys, her Hot Rods, have grown closer than brothers. Maybe some down time with the Powertools sexperts will help her figure out why Eli and Alanso went looking for some strange, when Sally was waiting right at the ends of their grease-smudged noses.

Sally is dead wrong about what she thought she saw, and Eli “King Cobra” London and the rest of the thoroughly rattled Hot Rods are determined prove it. They’ll show her in the sexiest possible way that she’s not merely an interchangeable part in their well-oiled machine.

Yet just as Eli gets up the nerve to make a very indecent proposal, a ghost rises from her painful past. Threatening to slam the brakes on their future before they can get it in gear.

The stainless steel skeletal butterfly on her fob rattled against her car and house keys as she ascended the open-backed stairs at the rear of the industrial building. The two slivers of metal reminded her of all the stakes. Her home. Her car. Her Hot Rods, who’d given her the trinket, binding them together on the first Christmas she’d spent with them a decade ago.

The badass butterfly had been her signature logo ever since, painted on each piece she created. That included her own Mustang and every other vehicle the Hot Rods obsessed over. Why did they mean so much to her if she didn’t matter a bit to them? Their sexy bodies and friendship had obviously warped her judgment.

When she went to fit her key in the lock, the door at the top of the stairs swung open. Had they forgotten to pull it closed? A bunch of them had grown up on the streets or in places a hell of a lot less protected. Security wasn’t something they slacked off on despite the relative safety of Middletown.

“Um, hello?” A shiver ran down her spine. Something wasn’t right. When a skitter of motion flickered through her unadjusted peripheral vision, she didn’t hesitate.

Using the self-defense instruction Roman had often given her, she balled her fist and swung at the shadow rapidly encroaching on her. Her knuckles connected with flesh. Holy crap.

It hurt, but not enough to keep her from landing a second punch to someplace softer. Who the hell was in their house? In the dark? Had they hurt her Hot Rods?

She’d rip them apart with her bare hands if they had.

“Oompf.” The grunt sounded somewhat familiar. But Sally wasn’t sure the person she’d decked was Eli until he hollered, “Guys! Turn the lights on.”

“Welcome home!” a chorus of male voices shouted, mostly together.

She nearly toppled onto her ass when fight or flight instincts propelled her headlong into the bizarre scene in front of her. Eli bent in half, clutching his abdomen with one hand and his face with the other. Alanso stood slightly behind him, eyes wide and mouth hanging open.

After them, a mass of guys milled around with beers, ridiculous party hats, oversized balloons from the shop and an impressive assortment of snack cakes that looked like they might have come from the convenience section of the gas station. 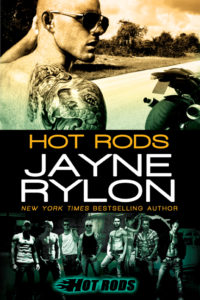 “Uh-oh.” She dropped her keys.

Holden cracked up first. He adored mischief. This one might go down in the history books as the most awkward greeting of all time. “Well, he had it coming.”

“Somebody hand me some paper towels.” Alanso rushed to Eli’s side. A trickle of blood spattered onto the floor.

“I’m fine. It’s fine.” Eli tried to shake it off. He lifted his head and ignored any discomfort he might be in. Peeking at her from the slivers of his eyes not scrunched in pain, he said, “Hey, there.”

“Oh my God.” Sally’s shoulders drooped. “I’m so sorry. I thought… It was dark. I didn’t think you were home. The door was unlocked.”

“And you still came inside. By yourself?” Roman practically growled at her.

“She can hold her own.” Eli surprised her by taking her side. He pressed the napkin, which Carver had offered, to his face and tipped his head back as he pinched the bridge of his nose.

And just like that, Sally couldn’t handle any more. She didn’t give a damn if they thought less of her. She’d always made a point of showing no weakness around the gang of mechanics. Or at least she’d tried. But tonight there was no stopping the flood of tears that swept over her.

“Shh.” Alanso was there in an instant. He smelled nice, like grease and the cinnamon gum he liked. Breathing deep, she didn’t resist as he wrapped her in his stocky arms and fitted her to his chest. “It’ll take a hell of a lot more than a bop on the nose to put King Cobra in his place. It’s okay. We shouldn’t have startled you like that. Hijo de puta, why do we keep screwing things up?”

“No, no.” She squirmed in his hold, wanting to peek over his shoulder to verify she hadn’t imagined the effort they’d gone to. They cared. They’d missed her. Maybe even a fraction as much as she’d pined for them. “It’s perfect. Amazing. I ruined things. Again.”

“I wouldn’t say that, Sally.” Kaige raised his beer in her direction. “I’m having a wicked good time. Nice hook, by the way.”

A weak smile began to turn her frown upside down. Her eyes skipped over his bold tattoos and his golden dreads to the older man standing quietly at the rear of the gang.

King Cobra’s dad, Tom, nodded in her direction, then held his hands up so that his curled fingers made the top of a heart and his thumbs pointed together, completing the shape. The gesture alone brought fresh tears to her eyes.

Damn, this wasn’t going to be pretty.

She let go of Alanso just long enough to flash the sign in return.

Together she and the engine tuner faced Eli.

“It’s stopping. All cool. No worries.” He crumpled the paper towel and jammed it in the back pocket of his jeans. “I missed you, Sally.”

“I missed you too.” She held out her arms. Both Eli and Alanso stepped into them. She hugged each of them with one arm and they mimicked her until the triangle was complete.

With the three of them bonded in their own private assembly, Eli whispered into her ear, “We have a lot to talk about. After the party. You. Me. Alanso. Please let me explain?” 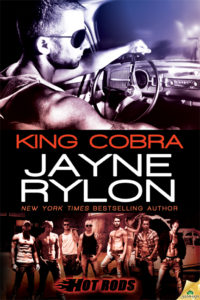 She froze. The plan had been to charge in and hit them with her demands, both barrels. Would she still have the nerve to be so bold after an hour or two of hanging out, pretending all was normal when everything inside her had disintegrated and rearranged? And what about her unfinished business? She wouldn’t have time to dive into it before the three of them hashed things out. Crap!

Is this how Alanso had felt when he’d returned from the guys’ visit to the crew after Dave’s accident? If so, she had no clue how he’d held it all together so long. His strength awed her. Just like it had when he’d burst inside that night a few weeks ago and announced he wanted to experiment with guys. She had to take a page from his book and be brave enough to share her desires. Otherwise, there was no hope of getting what she needed.

Sally kissed the bald guy’s cheek as she rubbed his head. He nearly purred when she found the spot he loved so much. Then she turned to Eli to bestow the same peace offering on him. Though she’d kissed his cheek a million times in their lives, this time was different.

At the last instant, he turned his head.

They met lips on lips for the first time.

Sally’s heart sputtered in her chest like the engine on one of their fresh finds. To finally touch him, like this, with intent to do more—it amazed her. He was gentle, more than she would have expected. His thumbs brushed her cheeks as his fingers buried in the long strands of her hair.

When her knees turned to motor oil, Alanso held her up, tucked tight to his frame.

He lifted her toward his best friend, allowed the man to feast at her mouth.
Eli’s tongue traced her smile. He nibbled on her bottom lip while she tried to shake herself from the stunned trance his touch induced. She purred, then kissed him back, clutching both him and Alanso as they made out in front of all the witnesses that mattered.