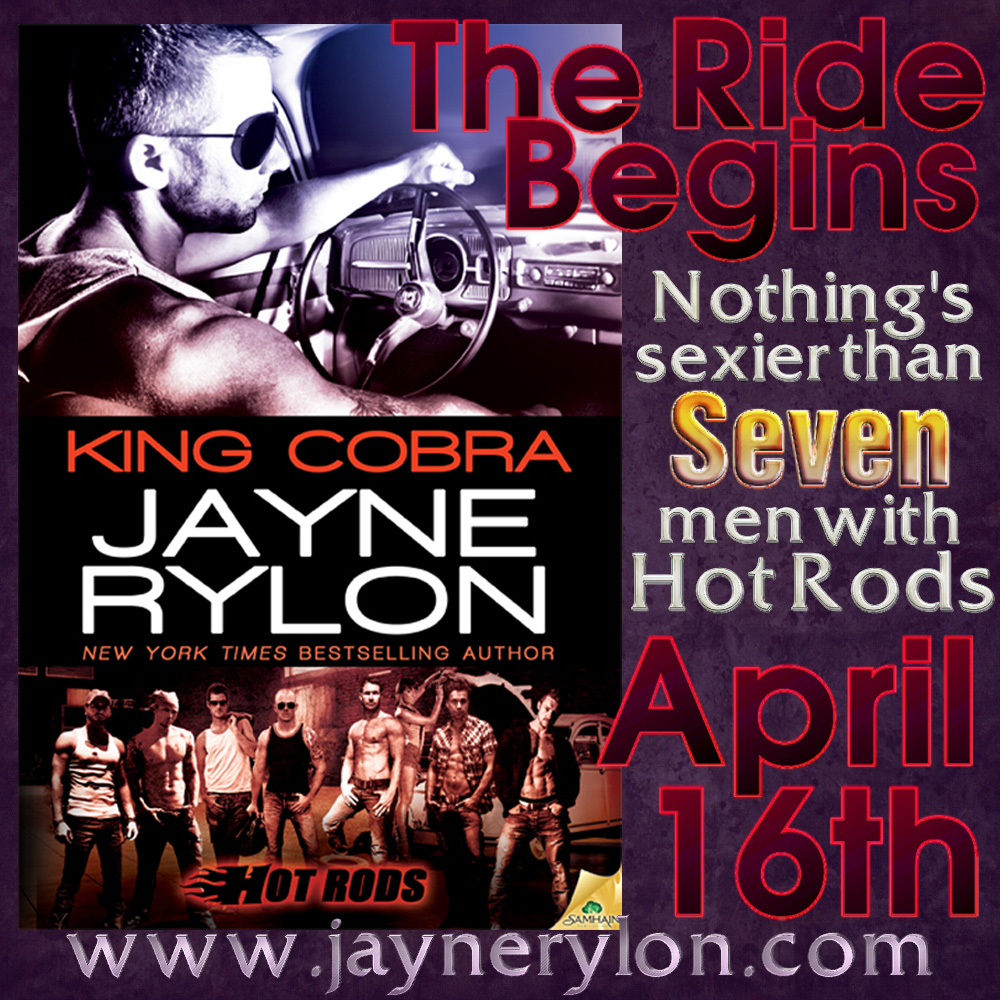 Only one more week until you get to meet the rest of the Hot Rods gang!  Head over to Facebook and share this graphic on my wall to be entered in release day giveaways.  Retweeting on Twitter works too!  Almost time to start those engines.  I hope you enjoy the new series as much as I have writing it.

After Eli’s mother died, his father honored her life’s mission as a social worker by taking in several kids from the wrong side of the tracks. Not all of them stuck, but those who did became Eli’s quasi family.

Their bonds, forged in fires set by their personal demons, are unbreakable—or so Eli wants to believe. Especially since he and Alanso, his best friend and head mechanic, witnessed the overpowering allure of polyamory while visiting the Powertools crew.

Much as Eli would like to deepen the relationships among his foster brothers and sister in the Hot Rods Restoration Team, he’s hesitant to risk everything on a quick romp behind a stack of tires.

But when Eli catches Alanso exploring their mutual fantasy at a known hookup spot in a public park, all bets are off. And Eli must decide if it’s time to jump in full throttle—and trust his instincts to guide him through the night.  If the pair of mechanics can dodge the potholes in their own relationship, maybe they can race together toward the unconventional arrangement with Mustang Sally they both desire.

Warning: Fasten your seatbelts, this is going to be a wild (and naughty) ride!