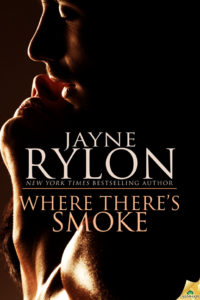 I feel like I haven’t posted on here in forever.  I have good excuses like the day job and the fact that I was on vacation and finishing up several projects, which means new books soon!  The next up is Where There’s Smoke.  It’s a standalone story that will be available individual in ebook on 10/2 and then in print along with a story by Lorelei James and another by Jess Dee in a follow up to Three’s Company called Two to Tango.

Here’s a little more about the book:

When old flames unite, the heat is on!

A Two to Tango story.

Kyana Brady never intended to return to small-town life in upstate New York, but reality doesn’t give a damn about plans. She dropped everything to care for her dying aunt. Now that Rose is gone, Kyana realizes something else has changed—her priorities. Her high-paid, higher-stress law career no longer holds any appeal.

While debating her future, an insomnia-driven stroll turns into a desperate dash to save Rose’s elderly friend, Benjamin, from his burning house. And he’s always believed one good turn deserves another. So the old man rewards Kyana’s bravery with a little meddling in her love life.

After Ben’s great-nephew Logan witnesses his childhood friend’s bravery on the news, he rushes home to help his uncle rebuild. But before his hammer hits the first nail, sparks are flying. The heat between him and Kyana melts old affection into a completely new—and combustible—relationship.

Before they have a chance to discover how hot their love will burn, another disaster threatens to separate them forever. After all, they say bad luck comes in threes…

A love affair that’s been ten years in the making is sure to be hot enough to scorch. And everyone knows, where there’s smoke there. 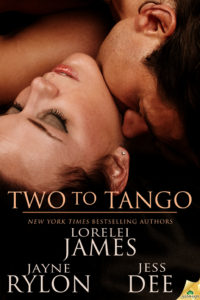 I hope you enjoy my light romantic suspense.  Other books coming up quick include Healing Touch in December (the sequel to Dream Machine where Luke Malone gets his story!) and the start of the next generation of Compass, which debuts with Winter’s Thaw in February. Plus there’s lots of print action too.  Love’s Compass just released last week (print compilation of Northern Exposure and Southern Comfort), Eastern Ambitions author copies just arrived today.  They release the same day as Where There’s Smoke technically.  Plus Powertools books 1-4 will be available in print in November and my very first published book, Picture Perfect, will be in an anthology with JK Coi called Watching it All.  That will be available at Romanticon in October first then sometime after all the usual places sometime afterward.
Whew!
Jayne
www.jaynerylon.com