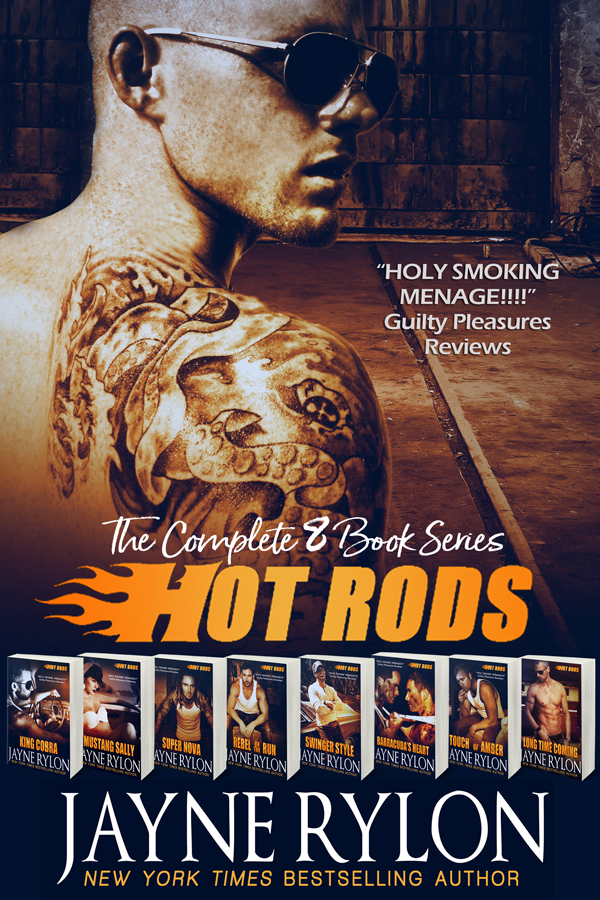 Six kids with troubled pasts formed a unique bond to survive…and thrive. Now that they’re grown, they’re pursuing their passions together both in their business, the Hot Rods garage, and personally.

After they walked in on a several of their friends from the Powertools crew in bed, they realize they crave a similar lifestyle-one where friends are lovers, and the connections between spouses are strengthened by shared desires.

With this many moving parts, it’s going to take a hell of a lot to navigate the hazards in the road ahead. For the Hot Rods, there is no other choice than to fight for each other. They’ll either break down completely or set the world on fire with their own unique brand of love and lust.

This boxset is available for all devices. If you’d like to read it on your Kindle, you’ll need to purchase the .mobi edition from Jayne’s Shop (JR’s Shop button) because Amazon doesn’t pay a fair royalty for digital works priced above $9.99. Jayne’s site uses Bookfunnel for delivery of all ebooks. Although it’s simple to load the book to your Kindle, Bookfunnel does have support available to make sure you’re reading in no time should you require assistance.

The individual books are also available in audio format! 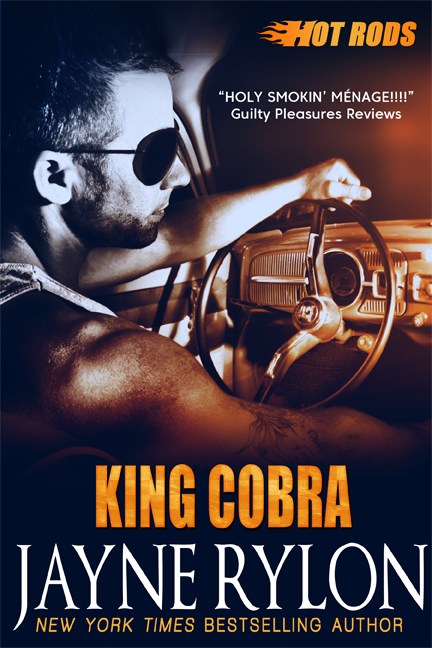 If the sexy construction crew were Powertools, their cousin mechanics are sure to be Hot Rods. Nothing’s sexier than seven men with hot rods.

Growing up in a group of mismatched foster kids from all sides of the tracks, Eli and his partners in the Hot Rods garage have a connection like no other. These bonds, forged in fires set by their personal demons, are unbreakable—or so Eli wants to believe.

He recently walked in on four members of the Powertools construction crew in bed together. All this time, they’d been embracing a lifestyle Eli hadn’t known was possible—one where friends are lovers, and the connections between spouses are strengthened by shared passions.

The only thing stopping Eli from proposing a similar arrangement between himself and his Hot Rods gang is the fear of ruining their friendship or their business.

When he takes too long to figure things out, his head mechanic blows a gasket. Alanso peels out of the Hot Rods garage on his motorcycle, heading for a hook up spot to take his bisexuality for a test drive with multiple strangers. Eli is left with only two options: let Alanso go or chase him down to fight for the future they both desperately desire. 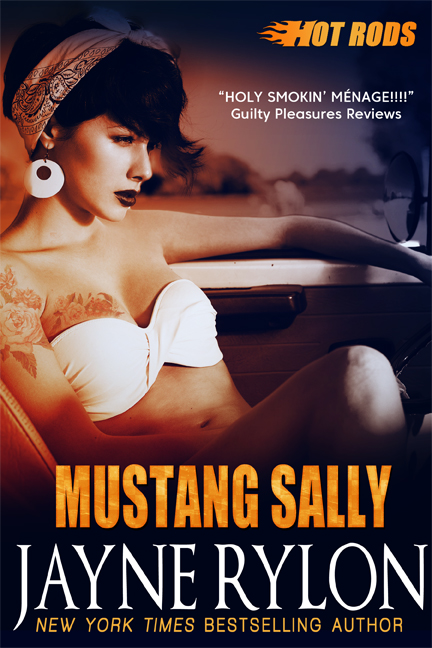 Salome “Sally” Rider is flooring the gas pedal of her pink ’69 Mustang, desperate to outrun the memory of two of her fellow mechanics getting busy with some bar skank on the hood of a classic car. On her custom paint job.

For years her emotions have withered while her lost boys, her Hot Rods, have grown closer than brothers. Maybe some down time with the Powertools sexperts will help her figure out why Eli and Alanso went looking for some strange, when Sally was waiting right at the ends of their grease-smudged noses.

Sally is dead wrong about what she thought she saw, and Eli “King Cobra” London and the rest of the thoroughly rattled Hot Rods are determined prove it. They’ll show her in the sexiest possible way that she’s not merely an interchangeable part in their well-oiled machine.

Yet just as Eli gets up the nerve to make a very indecent proposal, a ghost rises from her painful past. Threatening to slam the brakes on their future before they can get it in gear.

Warning: A sexy car wash complete with lots of studs may not be enough to clean up the pages filled with massive ménage scenes starring extra-dirty mechanics. 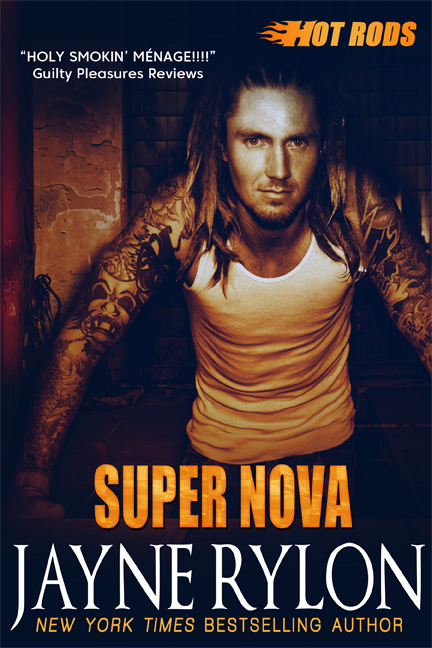 His demons are no match for her passion.

Kaige “Super Nova” Davis doesn’t carry a chip on his shoulder. It’s more like a beast in his belly…and right now the monster he’s fought so hard to tame is growling to unleash its legendary temper.

Eli has gone behind his back and hired a marketing consultant. But when Kaige storms into the office to give Eli hell, one look at the mocha-skinned brunette seated across the desk flips a switch in his brain. And in his pants.

Nola Brown has never experienced Kaige’s powerful brand of sexual charisma. He makes her want to ditch her professional façade and be herself—a mistake she can’t afford to make. Yet just as he talks her defenses down—and proves that grease marks look just as good on her skin as a silk suit—she stumbles in on one of the Hot Rods’ late-night, full-throttle sessions.

Now Kaige wonders if she’ll embrace this glimpse of their future, or if she’ll run as fast as her killer stilettos can take her.

Warning: Contains a garage full of hot, passionate men who are good with their hands, and a woman who isn’t afraid to get a little down and dirty. And cute puppies. And did we mention hot men?

Love is waiting on the wrong side of the tracks.

Bryce Ellington has been keeping a really big bomb of a secret. And the platinum-blonde detonator is wearing five-inch heels, standing next to a broken-down Maserati. His fellow Hot Rods have never pried into the past that forced him from the only life he’d ever known, from the girl he loved. But as recognition dawns in Kaelyn DuChamp’s eyes—just before those eyes roll back in a dead faint—he realizes he’s going to have a lot of explaining to do. And a ton of damage to control.

When Kaelyn’s great escape from her controlling family fizzles—complete with a face-plant in the dirt—she’s relieved to see the flash of tow truck lights. Then shocked to recognize the man behind the wheel. The best friend she’s been missing for too many years.

Once Kaelyn collapses in Bryce’s arms, he never wants to let her go. But if she spills his secret, the resulting scandal could destroy everything he and the Hot Rods have worked for, built, and loved.

Warning: Contains abuse of designer heels, bubble baths gone wild, an inexperienced heroine who can kick some serious ass, smokin’ hot sex as many ways as you can imagine it…and some you haven’t. 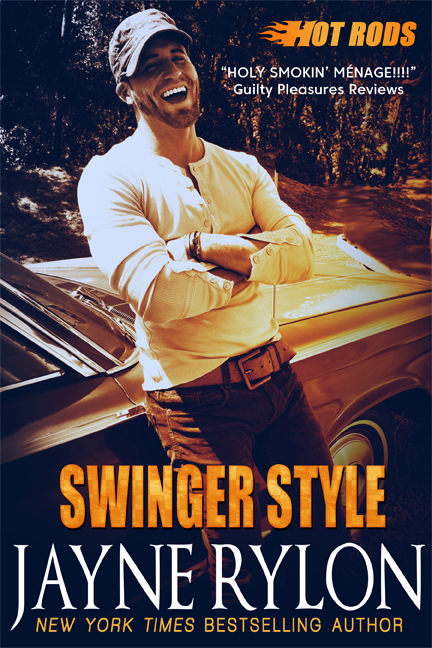 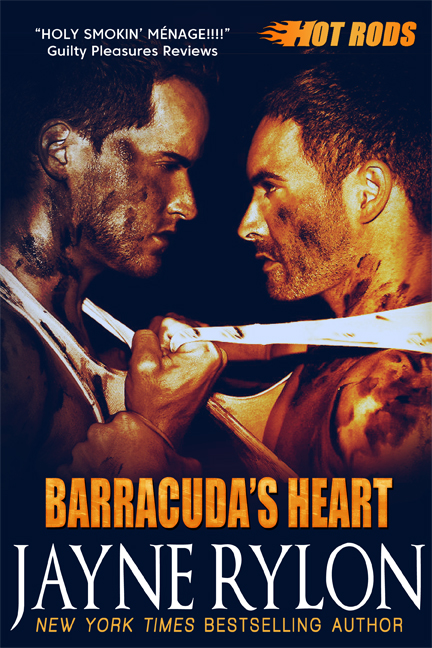 Some hearts can be repaired. Others should just be totaled.

Carver always thought he could sense when Roman was on the verge of falling into his inner darkness. But this time, Carver misses those cues—and leads the police on a high-speed race to the ER, praying his Barracuda won’t die on the way.

When Roman awakens from the haze of painkillers and alcohol, he already knows the question poised on Carver’s lips. Was it an accident—or did he deliberately dance on the edge of death? How can he tell Meep that lust and laughter are no longer enough to help him cope with the rapid changes among the Hot Rods?

Part of him is happy for them. The other part is pissed. Because what he’s always wanted is Carver all to himself. Much as he loves his brother mechanics, sharing isn’t his strong suit.

Roman needs time—and distance—to get his head on straight. The only question is, when Roman comes home from rehab, will Carver still love the man he has become—or will their roads have diverged too far to cross each other again?

Warning: Contains full-throttle emotion, pedal-to-the-metal sex, and an answer to the age-old question—can there ever be too many mechanics under the hood? During one of life’s speedbumps, there’s a brief, non-explicit depiction of self-harm. But don’t worry—all drivers make it to the finish line in the end. 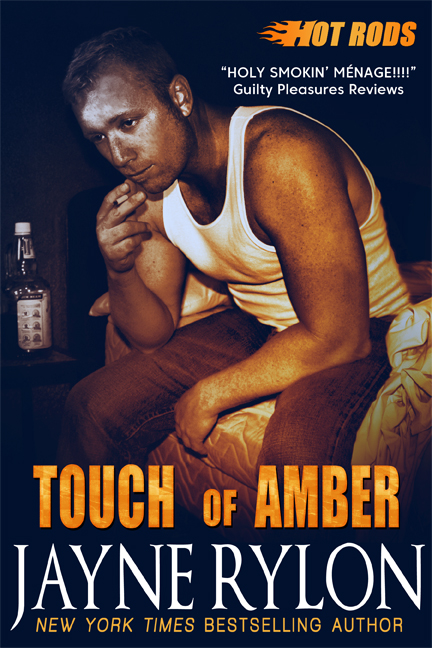 Perfect isn’t a destination. But the journey can be one hot ride.

As the planner for the Hot Rods’ quadruple wedding—one of which involves her sister, Nola—Amber Brown needs every ounce of her formidable attention to detail. Which is just fine with her.

She’s a teensy bit envious of the raw sexual power contained within Hot Rods’ polyamorous circle. But after watching her mother suffer the heartache of her father’s death, Amber won’t risk her heart, not even for the super-sexy lawyer on the guest list.

Gavyn has handled enough divorce cases to witness the horrors people who supposedly loved each other can inflict. Yet when he assists Amber with the wedding prep in exchange for her advice on his new venture, it’s hard to ignore the steam rising between them.

Finally, they agree to a single night of strings-free sex. Except one taste isn’t enough to curb their hunger. Until Amber makes a shocking discovery that sours her appetite for the man she thought could satisfy her for a lifetime. And leaves Gavyn negotiating desperately for a future he never thought he craved.

Warning: Powerful emotions, like love—or self-loathing—can be intense to witness. But rescuing someone from soul-deep bitterness is worth the risk. 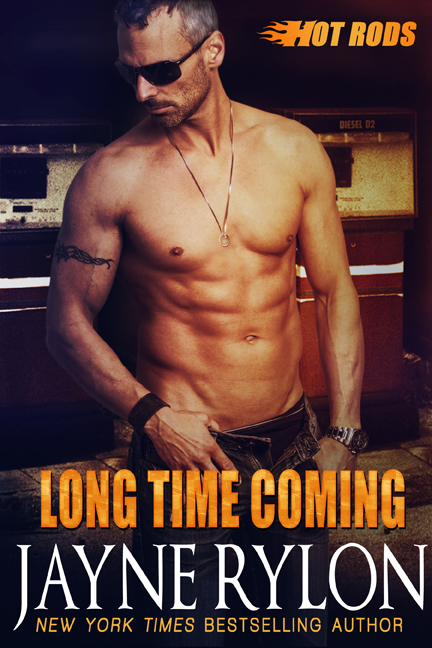 The best things are worth waiting for.

Tom London has done a pretty damn good job. Despite an illness that stole his young wife years ago, he’s raised his biological son, and several adopted ones, to be fine men. The Hot Rods might be unconventional, but they’re hardworking, hard-playing, and hard-loving. Tom couldn’t ask for anything more—except perhaps an equally fierce love of his own. And he’s got his eye on a luscious candidate. Ms. Wilhelmina Brown, a longtime widow with more than enough sass in her step to take him on.

Willie has a lot in common with Tom. She’s raised two wonderful daughters, both now married into the Hot Rods family, and lived through her own tragedy, having lost her husband in a horrific accident. More than two decades later, she and Tom still live with the ghosts of their pasts, but she’d have to be dead herself not to feel the man’s effect on her libido. They already share a mutual respect; perhaps they can each be what the other needs in more tangible ways…

As Tom and Willie take one step closer, an explosive revelation shoots them several steps back. But that bombshell turns out to be just a precursor to something potentially worse…potentially deadly…and potentially enough to keep the mature lovers apart forever.