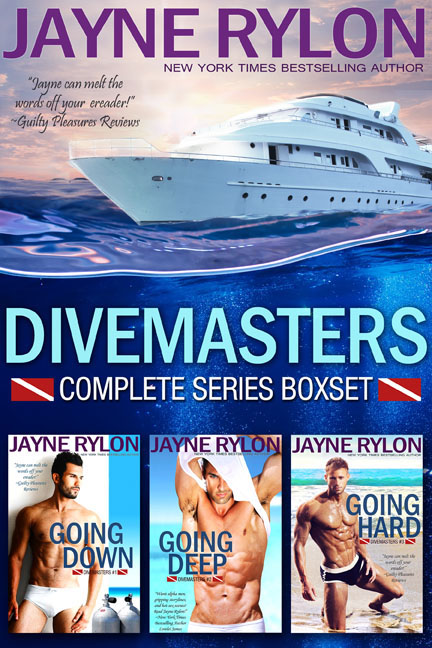 Three SCUBA instructors, who happen to be sexual dominants, are about to take the ultimate plunge. If you’re extraordinarily lucky, you’ll be invited to join them on The Divemaster, where work and pleasure go hand in hand. Welcome aboard! 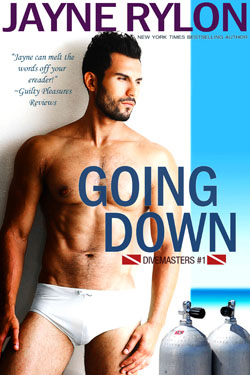 Archer Banks relishes his carefree lifestyle. Together with friends and fellow divemasters Miguel Torrez and Tosin Ellis, he travels the world, SCUBA diving by day, entertaining lonely female tourists by night. Until his father dies, instantly transforming Archer from a beach bum to a billionaire by shackling him with an enormous, undesired inheritance.

With the help of his family’s longtime butler, Archer is determined to turn his new golden handcuffs into a golden opportunity. He prays Miguel and Tosin will come along for the ride when he repurposes his family’s mega-yacht into a vessel well-suited for both work and hardcore play.

Never in his worst nightmares does he expect their maiden voyage to be such rough sailing. Not only is Archer’s old crush, Waverly Adams, among their passengers, but the men have also stumbled upon a vast sunken treasure—one worth killing for.

Waverly surprises Archer with an alluring naughtiness he never got the chance to experience in their younger days. Busy accepting the challenge she issues his dominant side in The Divemaster’s onboard club every night, he might be distracted and short on sleep. But could he also be blind to more dangerous facets of her personality?

When the divemasters can no longer deny there’s foul play at hand, will Archer be going down with the ship, cursed by his family’s fortune, or will Waverly turn out to be the woman of his most wicked dreams? 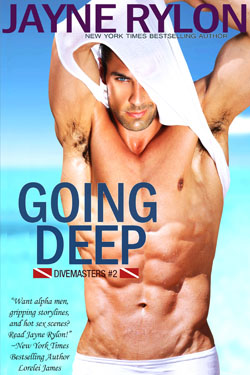 When her mentor is killed in a lab fire, all his notes destroyed with him, marine biologist Sabine Reynolds is determined to finish his work—a cure for an aggressive form of cancer. She needs a specific coral to continue. To find it, she boards The Divemaster to search the waters around Hawaii.

Crewmember Miguel Torres helps facilitate the collection…and brings out a sensual side of Sabine she hadn’t known existed. In the warm tropical waters, she discovers fascinating things about herself and the taboo fantasies she’d never experienced before meeting the sexy guide, who isn’t afraid to take charge during their daytime, and nighttime, adventures.

The Divemaster crew come face-to-face with danger in the form of rival researchers, who’ll stop at nothing to ensure their success at Sabine’s expense. Sabotage, theft, kidnapping, murder, whatever it takes to produce—and profit from—the cure first.

Can Miguel keep Sabine safe and by his side? Or will her enemies put a stop to her research…permanently? 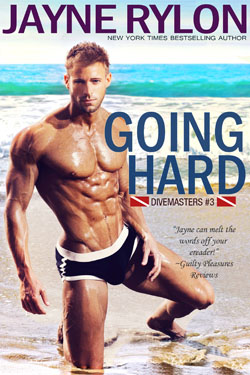 As the last lone wolf of The Divemaster, Tosin Ellis doesn’t plan on partnering up anytime soon. Then his friend Archer commissions an engagement ring for his fiancée…

Jeweler Kahori Akama is sensual, intriguing, and happy to accept Tosin’s help sourcing the black pearls she uses in her popular pieces. As their relationship goes from professional to personal, Tosin also learns Kahori’s family is being threatened by someone intent on ruining her business to lay claim to its valuable property.

Tosin never expected to find a single woman that could slake his sexual appetites, but Kahori surrenders to her raw and primal urges with the natural power of a typhoon strong enough to blow even a veteran sailor far off course. Once he’s experienced loving in the eye of the storm, he can’t imagine being satisfied by less.

Once more, the crew of The Divemaster will do what it takes to protect their own. Especially Tosin, who realizes Kahori’s heart just may be his home.